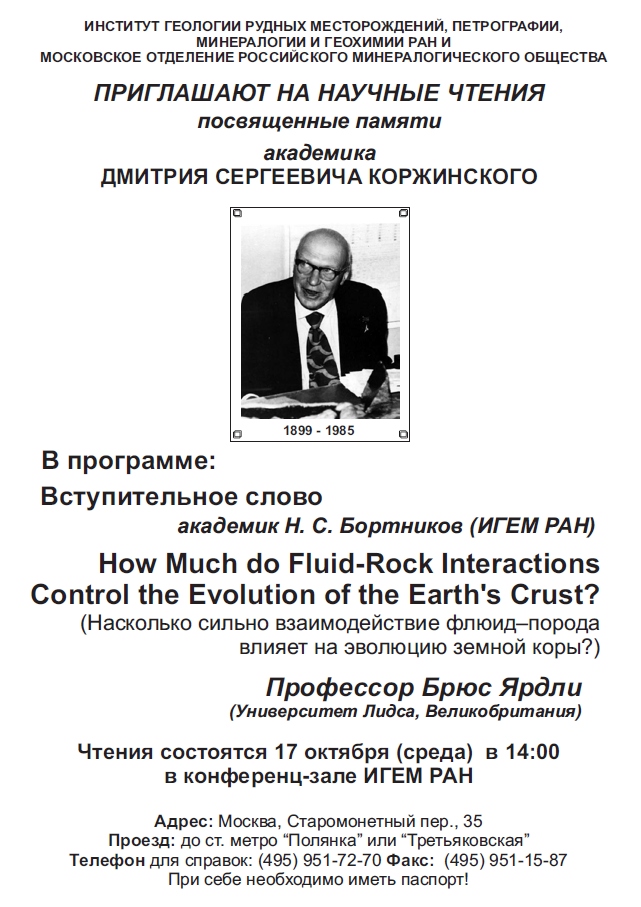 How Much do Fluid-Rock Interactions Control the Evolution of the Earth’s Crust?

Fluid-rock interactions are well known to be responsible for chemical and mineralogical transformations of rocks, but can also have a profound impact on their physical properties. Rock strength is coupled to the availability of water and hence reactions which can release or consume water in the deep crust can determine whether and how crust will deform. Equally, while a wide range of chemical transformations of rocks by migrating fluids can be postulated, the actual possibilities are more limited because the range of possible fluid compositions is often determined by interactions with rocks or melts, and fluid-rock interactions may systematically increase or decrease fluid infiltration.

In this talk I will outline a range of examples of how mineral-fluid interactions determine the processes that are possible within the crust, both through constraining the range of crustal fluids available to cause mineralisation and metasomatism and through determining rock rheology. I will seek to identify which of the many variables that appear to control the mineral assemblages produced in different parts of the crust are likely to be truly independent and which are often determined by fluid-rock interactions. For example, prograde regional metamorphism is accompanied by ductile deformation even at very low grades, but once metamorphosed rocks begin to cool, they become strong and brittle even while still very hot. Chemical transformations during prograde metamorphism are usually constrained by fluid overpressuring, which limits the amount of fluid available, but can still be extensive where there are positive feedbacks between reactions and permeability. Much more extensive fluid circulation is possible in cooled rocks, including the oceanic crust, but the resulting reactions often have a negative impact on flow.